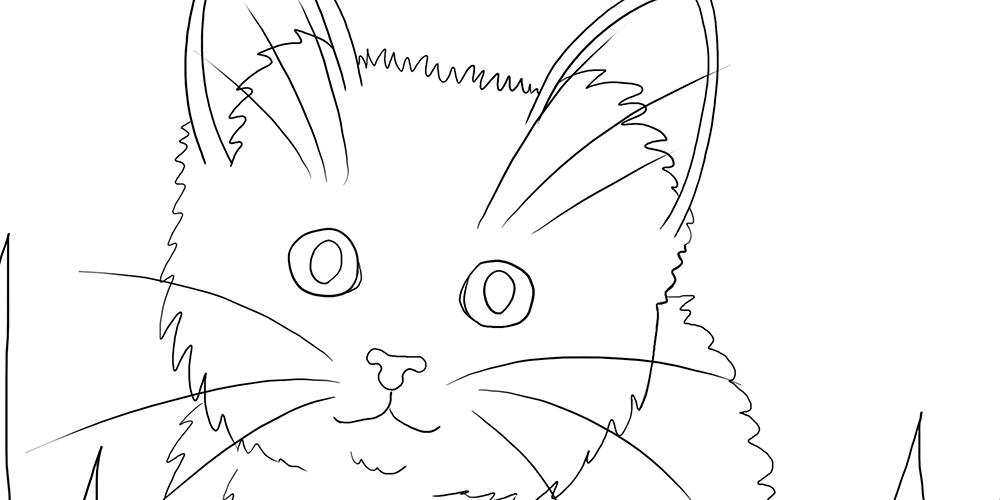 In this article, I offer a free picture of a cat to color it.

But before we download the cat coloring page, here are a few details about this animal:

A cat is usually referred to as a predatory cat, such as tigers, cheetahs, lions, but also cheetahs. However, today we deal with a domestic cat!

Domestic cats are still divided into pedigree cats and cats that do not belong to any breed.

In Germany, there are probably about 8.4 million domestic cats! 27.4 million in Central and Western Europe and probably more than one billion in the whole world!

Cats live all over the world. In some parts of the world like Australia and New Zealand they were brought into the country by settlers. In some cases, this has caused extreme disruption to the ecosystem. For example, in these countries there are many birds that live on the ground and are killed by the cats.

By the way, the coat markings of domestic cats are called tabby.

The skeleton of a cat consists of 230 bones.

On average, a domestic cat lives between 12 and 15 years if well cared for. The oldest cat became 38 years old!

Cats can see in the dark six times better than humans. A cat can also hear well, for example to locate mice well.

You can find more information of course at Wikipedia 🙂

Screenshot of the cat for coloring

For better quality download the PDF below. The screenshot above is not good for printing.

If you like my templates, I’m looking forward to little donation for a coffee 🙂

How to edit PDFs!

How to fill out PDF forms!